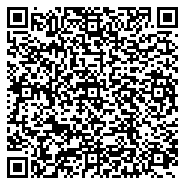 Introduction: Despite its superior efficacy, clozapine is typically reserved for treatment-refractory schizophrenia due to the risk of agranulocytosis with an occurrence of up to 1% in recipients. The FDA has rigid treatment guidelines for hematologic monitoring for clozapine patients. If the white blood cell (WBC) count or absolute neutrophil count (ANC) falls below predetermined values, clozapine treatment must be held or discontinued. Diurnal and ethnic variations in complete blood count (CBC) values, somewhat dependent upon blood sampling time have been reported, and called pseudoneutropenia, which appears independent of clozapine therapy. Unnecessary treatment interruption or discontinuation is costly and may lead to disease relapse. The purpose of this study was to evaluate the effect of a time change in CBC sampling on WBC and ANC values in a group of clozapine patients in a regional public inpatient psychiatric facility. Methods: Facility CBC sampling for clozapine patients was switched from 0630 to on or after 0830. A retrospective record review was conducted for all patients who were receiving clozapine before and after the time switch, with a minimum of six values pre- and post-change. CBC values sampled on or after 0830 were accepted as applicable post data, as patients are awakened daily at 0630, and a minimum of two hours of wakefulness/mobility had occurred. Patient medical records, automated lab information system, and the Clozapine National Registry were data sources. Data extracted included WBC/ANC values (with date/time of sampling) and demographic information (DOB, sex, weight, height, BMI, and ethnicity). The data were analyzed using repeated measures ANOVA. Results: Ten patients (80% male, 90% Caucasian, mean age=55.7 years) met study criteria. The difference in the pre/post time change WBC values was marginally significant (mean increase=667/mm3 , p=.07), with a significant difference (mean increase=1,130/mm3 , p=.003) between the pre/post time change ANC values. ANC values were more positively impacted by the sampling time change than WBC values in this sample. The mean sampling time change across all subjects pre/post was 5 hours 24 minutes. Conclusions: All reasonable steps should be considered to safely continue an effective therapy in treatment-refractory schizophrenia. A larger, more ethnically diverse sample is needed to validate the present work; however, changing the timing of CBC sampling for clozapine patients from early morning to after a minimum two-hour period of wakefulness/movement may have potential to improve WBC and ANC values. Marginal improvements in resultant WBC/ANC values could potentially allow clozapine therapy to continue uninterrupted perFDA monitoring guidelines.