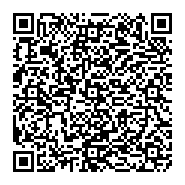 Exacerbation of Psychosis: A Case of Possible Varenicline-Mediated Effects in an Intellectually Disabled Adult

Varenicline represents a new agent available to aid smoking cessation. A twenty-five year old, white male with diagnoses of Psychosis Not Otherwise Specified, Antisocial Personality Disorder, nicotine dependence, and mild mental retardation with food obsession, paranoia, and a seizure disorder, was well controlled with a regimen of ziprasidone and haloperidol for paranoia and psychosis, escitalopram for obsessiveness, and carbamazepine for seizures. He became increasingly paranoid following the addition of varenicline for smoking cessation. An increase in ziprasidone resolved paranoid symptoms. Concurrent use of ziprasidone, haloperidol and carbamazepine may have provided more psychiatric stability in this patient. There may exist a subset of patients for whom use of varenicline may increase the risk of breakthrough psychosis or mania. This case report was accepted for a poster presentation at the 2008 College of Psychiatric & Neurologic Pharmacists Annual Meeting, April 13–16, 2008, Scottsdale, AZ.