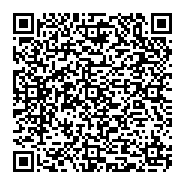 Ethno-Cultural Transformations of Magic: From Primitive "Core" to Modern Synthetic Forms and Practices

The purpose of the research is to identify the initial "core" of magic that was formed in the early stages of the formation of ethnic groups. The methods are based on the ethno-energy concept of the cultural field. The research hypothesis explored in this article is that the origins of magic are in primitive practices of ancient people at the beginning of ethno-genesis, and that a certain "core" of the phenomenon that we today call "magic" took shape in those primeval times. Later, with the development of various cultures and ethno cultural areas, magic forms and practices were becoming more and more diverse. The initial "core" of the primeval magic was identiied, with the following features: (a) An original idea of the "dual" nature of all objects, phenomena and events of the surrounding world: The presence of their "hidden", invisible, but no less important aspects. A conception that people can directly interact with the "hidden" aspects of being in order to achieve practical goals: Survival, fertility, protection of children, etc. (b)High emotional intensity of magical practices due to the vital importance of the set goals, with curiosity, fear, admiration, aggression and other emotions in their utmost system of rituals, actions and practices that are primarily subjected to ethno-cultural transformations over time, depending on the mentality, epoch, acuteness. Magic is a speciic level of cultural development and other factors. With the development and complication of cultural practices, the "magical" was gradually separated from the "ordinary", just as in the spiritual sphere the "sacred" was separated from the "profane" (and the irst religions were formed); and later, in the course of the development of theoretical and abstract thinking, new concepts were appearing, along with the "religious": "occult", "esoteric" and inally, "mystical". After developing over thousands of years, magic still exists today in its various forms and manifestations.