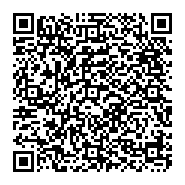 Purpose: The purpose of this study was to investigate the effectiveness of applying different forms of Movement-Based Uni-lateral Priming (MBUP) in children with unilateral cerebral palsy on manual dexterity and grip strength. Methods: Thirty children with unilateral cerebral palsy have been assigned equally into three groups; group A, the control group, and two study groups, B and C. Group A received a specially designed rehabilitation program; group B received MBUP on the more affected upper limb (cross-training) in addition to the program given to group A while group C received MBUP on the less affected limb in addition to the program given to group A. Each participant received 30 sessions. Box and Blocks test and hand-held dynamometer were used for assessment. Results: There was no statistically significant difference between all groups regarding post-treatment mean values. On the other hand, the percent of change within groups A, B, and C were 25%, 31.48%, and 35.85%, respectively, with a higher percent improvement in favor of group C rather than groups A and B. Conclusion: This study shows that applying MBUP causes improvement in manual dexterity and handgrip strength with no statistical difference between different modes of MBUP applied in this study.