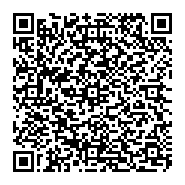 Background: Spasticity and a number of other medical conditions are treated by Radial Shock Wave Therapy (RSWT).

Objective: The purpose of the study was to compare the therapeutic effect of introducing two different RSWT treatment protocols on reducing spasticity and increasing the range of motion of the upper limb in stroke patients.

Materials and methods: Forty patients with upper limb spasticity post-stroke were randomly assigned into group A, in which patients received RSWT for the agonist muscles only, and group B received RSWT for both agonist and antagonist muscles. All patients had also received a traditional physical therapy program. Spasticity, Range of Motion (ROM) and pain intensity were evaluated pre and post-treatment.