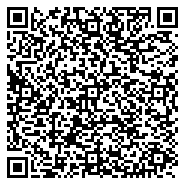 Background: An easy-to-administer tool for predicting response to antipsychotic treatment could improve the acute management of patients with schizophrenia. We assessed whether a patient’s perception of medication benefit early in treatment could predict subsequent response or nonresponse to continued use of the same treatment. Method: This post hoc analysis used data from a randomized, open-label trial of antipsychotics for treatment of schizophrenia in which attitudes about medication adherence were assessed after two weeks of antipsychotic treatment using the Rating of Medication Influences (ROMI) scale. The analysis included 439 patients who had Positive and Negative Syndrome Scale (PANSS) and ROMI scale data at Weeks 2 and 8. Scores on the ROMI subscale Perceived Medication Benefit factor were used to predict subsequent antipsychotic response at Week 8, defined as a ≥20% reduction from baseline on the PANSS. Logistic regression was used to identify a cut-off score for the Perceived Medication Benefit factor that could accurately identify antipsychotic responders vs. nonresponders at Week 8. Results: A score of ≥2.75 (equal to a mean subscale score of ≥11.00) on the ROMI scale Perceived Medication Benefit factor at Week 2 predicted response at Week 8 with high specificity (72%) and negative predictive value (70%), moderate sensitivity (44%) and positive predictive value (47%), and with a 38% misclassification rate. Conclusions: A brief assessment of the patient’s perception of medication benefit at two weeks into treatment appears to be a good predictor of subsequent response and nonresponse after eight weeks of treatment with the same antipsychotic.