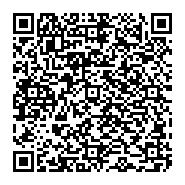 Objective: The objective of this study was to understand how educated, professional, inter-cultural couples in harmonious marriages make important family decisions.

Method: Six educated, professional inter-cultural couples in regional Australia, with children growing up in Australia, were interviewed with a focus on understanding their experiences and marital decision-making processes. Interviews were transcribed, coded and analysed for the emergence of themes. Participants also independently completed the Schwartz value survey to elicit their values priorities for the analysis.

Results: Four main themes emerged: Couples celebrated a global culture; cultural differences within the family was not so important; cultural difference was regarded and accommodated in family decisions. Family decisions were jointly made and involved negotiation. The fact that children, growing up in a different culture to either parent, was celebrated. There were many common values priorities between husband and wife and in all couples, shared goals, deep knowledge of the partner’s culture, an attitude of support for the partner, and open communication were the critical to success. Couples often focused on what was best for the family when making decisions. Each spouse perceived they had a great deal in common with their partner, despite the cultural differences.

Conclusion: The study revealed that cultural differences were features of the marriage but did not prevent effective decision making.

Implications: Findings suggest interventions for inter-cultural couple counselling can focus on decision-making and celebration of culture within a marriage.