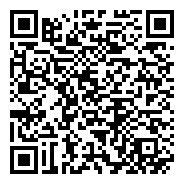 Mild stroke patients are a special and controversial population. Mild stroke patients usually have a naturally good prognosis, and thrombolysis, can alleviate the symptoms of mild stroke effectively, but thrombolysis increase the risk of bleeding. For the administration of IV rtPA in the setting of acute stroke, Mild deficit is a relative contraindication. However, recently the terminology of "mild stroke" has not been well specified. Advance studies have shown that patients with mild ischemic stroke have substantial disability rates at hospital discharge.