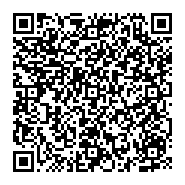 Naproxen is a phenyl propionic acid that has, anti-inflammatory, analgesic and antipyretic effects with confirmed adverse effects on most body organs involve the stomach, intestine liver, and kidneys. Often produce significant gastrointestinal, liver and kidneys tissues ulceration and bleeding, particularly in elderly patients and patients with certain co morbidities. This study aimed to assess the analgesic effects of new naproxen derivatives (which were synthesis in other study) and limitation side effects via modifying their chemical structure by addition active groups to parent compound.

First step: Analysis of newly synthetized and administered naproxen-derived drugs on male albino mice (30-35 g) and distributed into five groups, the first-named negative control group. The four other groups which administered one of the synthetized compound of naproxen derivatives.

The current study reported that the histopathological section of hepatocyte of mice treated orally with 250 mg /kg of naproxen for 5 days showed severe dilatation and congestion of central vein with necrosis of hepatic tissue with amyloid deposition in necrotic hepatic tissue with lymphocyte and Kupffer cells infiltration. On the other hand, the histopathological section of the liver of mice treated orally with 250 mg /kg of compound for 5 days showing severe distraction and hemorrhage of hepatic tissue, while compound 5 showed severe necrosis of hepatic tissue and vacuolation as well as, necrosis of hepatic tissue and inflammatory cell infiltration in rats. Compound X2. While the results revealed clear improvement in of liver of mice who received compound via regeneration of hepatic tissue by the formation of multiple granulomas around the newly formed blood vessels as well as immune cell stimulation. In addition to naproxen appears amyloid deposition in necrotic renal tissue while orally appears regeneration of destructive tissue by the formation of granuloma around newly formed blood vessels.

In conclusion our research concludes that related new derivative is a valuable focus for future seeks and potentially clinical implementation, due to its relatively high efficacy and minimal adverse effects in comparison to another tested compound in our study.