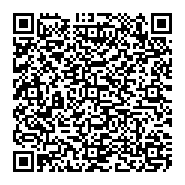 Background: Cognitive deficits are fundamental features in schizophrenia (SZ) and major determinants of psychosocial functioning. Cognitive deficits in bipolar disorder (BD) were only recently recognized, and research on them is limited, especially in the euthymic stage. Earlier attempts to establish and compare the cognitive profiles of these overlapping disorders were few, and their results were inconsistent. Methods: We compared the cognitive profile of age- and gender-matched euthymic BD patients, SZ patients in remission, and healthy controls (30 subjects in each group). Cognitive performance was evaluated using a well-validated computerized assessment battery (Cambridge Neuropsychological Test Automated Battery [CANTAB]). Results: The findings indicated both quantitive and qualitative differences in cognitive functioning of patients who were in the stable stage of the two disorders. While SZ patients exhibited more generalized cognitive deficits, those of the BD patients were more focused in the domains of sustained attention and the executive functions (specifically, planning and set-shifting). The SZ patients were more impaired in cognitive functions associated with frontal lobe activity, tentatively implicating dorsolateral prefrontal functioning. Conclusions: The overall findings help clarify the cognitive profiles of the two disorders while emphasizing the need to conceptualize executive functions in terms of a number of different higherorder cognitive processes. The findings also point toward cognitive domains that necessitate future research, which may eventually aid in differential diagnosis and cognitive rehabilitation of BD and SZ patients.