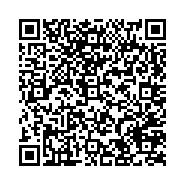 Aim: Early engagement in care is thought to reduce disabling social losses related to the duration of untreated psychosis (DUP), such as school dropout, homelessness, and incarceration, which contribute to chronic disability. Earlyintervention services that promote recovery will not be effective if eligible persons drop out of treatment after an initial hospitalization for a psychotic disorder. We had the unique opportunity to examine the treatment disengagement rate of patients with early psychosis after an initial hospitalization. Methods: In a predominantly male, African-American, and socioeconomically disadvantaged group of 33 participants with first-episode psychosis assessed at initial hospitalization and six months after discharge, we compared clinical characteristics (medication adherence attitudes and behaviors, knowledge about schizophrenia, insight, symptom severity, and persistence of alcohol and drug use) among those who disengaged and people who engaged in care. Results: More than half (18, 54.5%) attended <3 outpatient appointments in the six months after hospital discharge and, of those, nearly all (15, 83.3%) attended no outpatient appointments. Disengaged people were much less adherent to medications in the past month and six months, and scored lower on medication adherence attitudes, knowledge about psychosis, and insight. They had greater positive symptom severity and a higher likelihood of continuing drug use. Clinical Relevancy: Initial treatment disengagement is very common among young people with first-episode psychosis and is associated with poorer clinical status. More research is needed on the causes of disengagement during this critical period and ways to improve initial treatment engagement among people with first-episode psychosis.