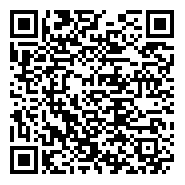 Cerebellum means little brain. Purkinje Cell (PC) and deep cerebellar nucleus form the functional unit of cerebellum. It has various motor functions like control of posture and balance, smoothening and coordination of skilled voluntary movements, control of ballistic movements, control of muscle tone and stretch reflex, learning and improvement of motor skills, turn on/off function and has role in various vestibular functions However, very little is known about the extra-motor functions of cerebellum. From its role in cognition to emotional regulation, cerebellum has significant contribution in scientific discoveries and intuition. Pathophysiology of psychiatric disorders and addiction to drugs has also been linked to cerebellum. Newer horizons in cerebellar research include optogenetic manipulation of cerebellum, non-invasive electrical and magnetic stimulation for treatment of symptoms and artificial cerebellum controlling robotic arm with human like precision.