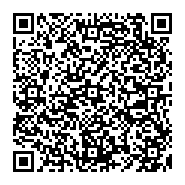 Brexpiprazole for the Treatment of Schizophrenia: A Review of this Novel Serotonin-Dopamine Activity Modulator

Brexpiprazole is an antipsychotic medication and received approval by the U.S. Food and Drug Administration for the treatment of schizophrenia in July 2015. Brexpiprazole acts as a partial agonist at dopamine D2 and serotonin 5-HT1A receptors, and as an antagonist at serotonin 5-HT2A and at adrenergic alpha1B and alpha2C receptors. Compared with aripiprazole, brexpiprazole is more potent at 5-HT1A receptors and displays less intrinsic activity at D2 receptors. The recommended dose range of brexpiprazole for the treatment of schizophrenia is 2–4 mg/day; the recommended titration schedule is to start with 1 mg/day and increase to 2 mg/day on Day 5 to Day 7, then to 4 mg/day on Day 8. Two positive, 6-week, Phase 3 randomized controlled trials in acute schizophrenia demonstrated superiority of brexpiprazole over placebo. Pooled responder rates were 46% for brexpiprazole 2–4 mg/day vs. 31% for placebo, resulting in a number needed to treat (NNT) of 7. In a 52-week, randomized withdrawal study, significantly fewer patients relapsed in the brexpiprazole group compared with placebo (13.5% vs. 38.5%), resulting in an NNT of 4. The most commonly encountered adverse event (incidence ≥4% and at least twice the rate of placebo) is increased weight. Short-term weight gain appears modest (approximately 10% of patients receiving brexpiprazole 1–4 mg/day gained ≥7% body weight from baseline, compared with 4% for those randomized to placebo, resulting in a number needed to harm [NNH] of 17); however, more outliers with an increase of ≥7% of body weight were evident in open-label, 52-week safety studies. Effects on glucose and lipids were small. Rates of akathisia as an adverse event were 5.5% for the pooled doses of brexpiprazole 1–4 mg/day vs. 4.6% for placebo, yielding an NNH of 112. Minimal effects on prolactin were observed, and no clinically relevant effects on the ECG QTc interval were evident. Brexpiprazole is also approved as an adjunct medication for the treatment of major depressive disorder. Phase 3 trials are ongoing in patients with agitation associated with Alzheimer’s disease.