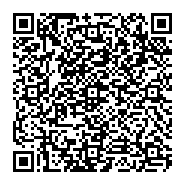 Kidney failure usually occurs as a result of lacking the normal function of kidney as either partly or completely. The objective of this study is to evaluate the relation between auto immunity and renal failure and to detect the types of bacteria which responsible of urinary tract infections in renal failure patients, and study their susceptibility against antibiotics. The study was carried out in dialysis unit in Tikrit Teaching Hospital in Tikrit city, at the period from the first of March until the 15th of July 2019. A total of 140 midstream urine samples were collected from chronic kidney disease patients and inoculated on blood agar and MacConkey agar and incubated aerobically at 37°C for 18-24 hr.

Identification of bacterial isolates was done by using standard micro biological techniques. The antibiotic susceptible test of all the strains was determined by using modified Kirby Bauer disc diffusion method. 5 ml of blood samples were pulled from each patient for Antinuclear Antibody test (ANA). Out of 140 serum sample of chronic kidney disease patients 58 (41.4%) were showed positive Antinuclear Antibody test, whereas 82 (58.6%) showed negative result for ANA. Among 58 of positive Antinuclear Antibody, 26 (44.8%) were male and 32 (55.2%) were female. Out of 140 urine samples 36 (26%) were positive bacterial culture whereas 104 (74%) were negative bacterial culture. Among Gram negative isolates E.coli (36.1%) was found to be most predominant organism followed by Proteus vulgaris (16.7%), Pseudomonas aeruginosa (11.1%), Morganella morgani (8.3%), Klebsiella penumoniae (2.8%) and Proteus mirabilis (2.8%) and among Gram positive only one type of organism was isolated Staphylococcus saprophyticus (22.2%), and among generally used antibiotics for UTI Gram negative isolates showed (96.4%) sensitivity towards Imipeneme followed by Gentamicin (89.3%). Nitrofurantain (75%), cotrimoxazole (71.4%) and chloramphenicol (64.3%). The least effective antibiotics for Gram negative were found to be Amoxicillin. The antibiotics, Imipeneme (87.5%). Oxacillin (87.5%) and Gentamicin (75%) were found to be most effective, whereas Erythromycin and Amoxicillin were found to be least effective drug against Gram positive isolates.