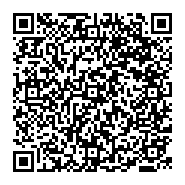 Attitudes of Mutah University Students Towards the role of Economic, Cultural and Social Changes on Drug Abuse

This study aimed at identifying the role of economic, cultural and social changes on drug abuse from the perspective of the students of Mu'tah University in the governorate of Al-Karak. In order to achieve the study objectives, the researcher used the descriptive analytical approach and a questionnaire that consisted of (31) items was used. The study sample consisted of (500) male and female students who were chosen randomly. The results revealed that the economic, play a major role in the orientation of young people towards drug abuse. The results also revealed that the economic changes have more effect as compared to the cultural and social changes. In the light of the results, the study recommended the necessity of holding more courses and seminars to educate the youth about the risks and negative consequences of drug abuse and promotion as well as authorizing the community institutions to combat this phenomenon using all the possible mechanisms, in addition to developing counselling programs that focus on the economic, social and religious domains to raise the awareness of the youth concerning drug abuse and urge them to behave wisely in the face of this phenomenon.