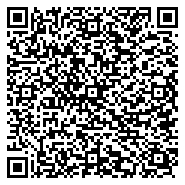 Aripiprazole in Addition to Clozapine in Partially Responsive Patients with Schizophrenia: A Critical Review of Case Series

The present review was conducted to ascertain whether the combination of clozapine and aripiprazole may have a clinical role in patients partially responsive to clozapine monotherapy. We conducted a systematic review of randomized clinical trials, open-label prospective studies, retrospective studies and case reports. The MEDLINE search yielded ten studies: three were open-label studies, one was a retrospective study and six were case reports. The three open-label studies included a total number of forty-eight patients with schizophrenia and schizoaffective disorders. Patients were relatively young with a long history of psychiatric illness. In two of these three studies aripiprazole (15 to 30 mg/day) was effective in reducing residual positive and negative symptoms that were not controlled by monotherapy with clozapine at medium-high dose regimens. A retrospective study, which included twenty-four young patients with schizophrenia and a long history of psychiatric illness, found improvements in terms of psychopathology, social functioning, metabolic abnormalities and weight problems. Finally, six case reports included a total number of eighteen patients with schizophrenia and schizoaffective disorders. Aripiprazole dosage ranged between 5 to 90 mg/day, and patient outcome was assessed after a period varying from three to forty-eight weeks. The combined treatment was reported to exert a beneficial effect in all patients, with a decrease of the side effects associated with clozapine treatment. The clinical experience on the use of aripiprazole in combination with clozapine, described in this review, should be considered as background information useful to design randomized studies and to interpret their findings, but cannot represent an evidence base to inform clinical practice.