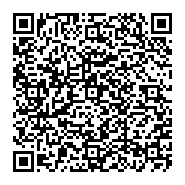 Background: The prevalence of anxiety symptoms among Australians with psychotic disorders was examined as part of the Survey of High Impact Psychosis (SHIP). Methods: A two-phase design was used. Of 7,955 people who were screened positive for psychosis and eligible, there were 1,825 participants (18–34 years and 35–64 years) interviewed. Data were collected on symptomatology, substance use, cognitive ability, functioning, disability, physical health, mental health service utilization, medication use, education, employment and housing. Anxiety symptomatology was divided into generalized anxiety, panic, phobic, social anxiety and obsessive-compulsive symptoms. Results: The most common ICD-10 diagnoses were schizophrenia or schizoaffective disorder (63.0%) and bipolar (mania) disorder (17.5%). Overall, 59.8% (n=1,092) of participants reported experiencing anxiety symptoms in the previous twelve months. Female gender was highly associated with all domains of anxiety. Smoking was significantly associated with all domains of anxiety, except generalized anxiety. The presence of any depressive symptoms in the previous twelve months was significantly associated with all anxiety symptoms. Medication side effects were associated with phobic and obsessive-compulsive symptoms. Social dysfunction was associated with social anxiety, and less so for obsessivecompulsive symptoms. Conclusions: Anxiety symptoms are common in people with psychotic disorders. Appropriate screening and treatment should be a clinical priority