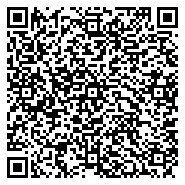 Alzheimer's disease is a progressive neurological illness with a complex etiology that is the largest cause of dementia in the globe. The mechanism of Alzheimer's disease is complex, but it is defined by the formation of ß amyloid plaques and neurofibrillary tangles. Current allopathic treatments are focused on increasing the neurotransmitter Acetylcholine in synaptic clefts, but they are largely ineffective at improving disease prognosis. Holistic alternatives are suggested to further improve symptoms in patients with mild disease or as a prophylactic to slow the onset for those with a higher predisposition for the development of AD. Exercise improves blood flow to the brain and thus is correlated with improved cognitive functioning and tissue mass. Diets high in saturated fats show poor prognosis as they are correlated with a higher incidence of neuroinflammation, thus diets higher in unsaturated fatty acids such as the Mediterranian diet are recommended. The accumulation of ROS can lead to mitochondrial dysfunction and eventually neuronal degeneration. Of the antioxidants, curcumin has shown to be an effective protective agent against inflammation and oxidative damage. Transgenic AD mice administered curcumin had a significant reduction in oxidative proteins in four different brain regions when compared to control groups. Interleukin-1β, an inflammatory marker, was also significantly reduced with the addition of curcumin. The administration of essential vitamins plays a key role in neuroprotection. Deficits in both vitamin A and D have shown to have a significant reduction in cognition in both laboratory animals and humans. Administration of vitamin A in transgenic AD mice showed a marked reduction in Aβ phosphorylation by decreasing CDK5 kinase activity. In laboratory settings, vitamin D3 has been demonstrated to induce Pgp mRNA to pump Aβ plaque out of cortical circulation by expression of MDR1 genes. While all holistic treatment options show slight improvements in patients with mild disease, they do not prevent disease progression. Further, holistic treatments do not show improvements in patients with advanced disease. Overall, the prognosis for AD remains grim.