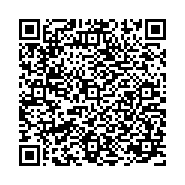 The purpose of this study is to examine how often and how intensely children with Attention Deficit Hyperactivity Disorder (ADHD) display aggressive behavior. Qualitative descriptive research from a phenomenological perspective is conducted via in-depth interviews and observation in this study. To rule out the possibility of data manipulation, we did a cross-verification of the collected data. The informant's significant other's interview data and the outcomes of the observations were compared to the interview data to get this conclusion. Descriptive statistics were employed to examine the data. Children with Attention Deficit Hyperactivity Disorder were shown to be more prone to engage in violent conduct when their needs were not met, when they were in a foul mood, when they were angered by their parents or classmates, and when they were exposed to negative environmental circumstances. Aggressive actions, such as striking, kicking, pinching, and throwing, are more common in children with ADHD. Negative outcomes of violent conduct in the classroom include social isolation, a deterioration in academic performance, and the development of learning difficulties.