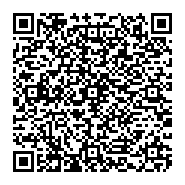 Schizophrenia is a devastating mental health disorder of unknown origin, with no cure and no realistic promise of a cure writes Susan Naylor, Ph.D of the National Institute of Mental Health. There are more than 2 million people in the United States and Canada that suffer from schizophrenia.. About 1% of the world’s population is afflicted. In the United States, where 60% of people who have their first experience of schizophrenia decline so rapidly that they depend on disability benefits one year later. People with schizophrenia have difficulty caring for themselves in all areas of life and have particularly difficulties taking their prescribed medications. Conventional anti-psychotic medicines do not slow or stop its natural progression. Symptoms are relieved. These medicines cause both acute and chronic neurological impairment. Approximately 10% of schizophrenics commit suicide.