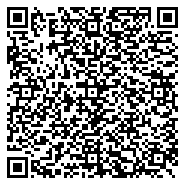 A Descriptive Study of Nicotine, Alcohol, and Cannabis Use in Urban, Socially Disadvantaged, Predominantly African-American Patients with First-Episode Nonaffective Psychosis

Introduction: Given the importance of substance use comorbidity among individuals with schizophrenia (even firstepisode patients), and because of the dearth of descriptive reports on substance use among first-episode patients in the United States (especially in minority populations), use of nicotine, alcohol, and cannabis is described in a relatively homogeneous sample of first-episode patients. Methods: One hundred and nine hospitalized patients with first-episode nonaffective psychosis in a public-sector setting (age 23.1±4.7 years, 76.1% male, 89.9% African American) were assessed using a structured, standardized method regarding use of nicotine, alcohol, and cannabis, as well as age at first use, age at beginning weekly use, and age at beginning daily use. Results: Substance use was highly prevalent and progressed substantially during adolescence. Most participants had used all three substances (69.7%, 83.7%, and 73.7% for nicotine, alcohol, and cannabis, respectively) prior to onset of psychotic symptoms. Patients with daily nicotine use had fewer years of education (10.6±2.3 compared to 12.6±2.1, p<0.001); those with weekly alcohol use were significantly older (24.1±4.9 compared to 22.2±4.6, p=0.05) and were more likely to be male (56.4% compared to 43.6%, p=0.01); and patients with daily cannabis use had fewer years of education (10.8±2.2 compared to 12.3±2.4, p<0.01). Conclusions: The very high prevalence of comorbid substance use in this sample, which typically began and progressed well before the onset of psychotic symptoms, suggests that all first-episode patients should be evaluated for comorbid substance use disorders, and integrated treatment approaches should be provided.