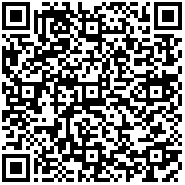 A Brief Overview of Iatrogenic Akathisia

Akathisia is a significant and serious neurological side effect of many antipsychotic and antidepressant medications. It is most often expressed as a subjective, uncomfortable, inner restlessness, which produces a constant compulsion to be in motion, although that activity is often not able to relieve the distress. Because it can be extremely upsetting to the patient, akathisia is a common cause of nonadherence to psychotropic treatment. Unfortunately, its subjective nature makes quantitative assessment difficult. Although its pathophysiology is not well-established, a decrease in dopaminergic activity appears to be an important etiological factor. In addition to reducing the dose of the offending drug, the most effective treatment of akathisia includes administration of either a beta-adrenergic antagonist or a serotonergic 5HT2 receptor antagonist. The therapeutic effect of monoaminergic antagonists is believed to result from blockade of inhibitory noradrenergic and serotonergic inputs onto dopaminergic pathways in the striatum and limbic system. If so, medications with intrinsic beta-adrenergic and 5HT2 receptor antagonism might produce less akathisia, and dopaminergic (but not adrenergic) agents, (e.g., the antidepressant bupropion, or the dopamine agonist ropinirole) might reduce akathisia. To evaluate these hypotheses, better treatments—as well as more precise ways of detecting akathisia—are needed. Currently, akathisia is inadequately controlled, and there is evidence that it may be increased when antipsychotic and antidepressant drugs are combined, such as in the treatment of bipolar disorder.