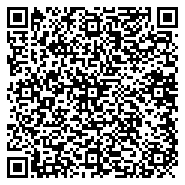 The results of a number of studies show that sexual hormones particularly testosterone have protective effects on brain neurons in neurodegenerative diseases such as Alzheimer. The present study shows the important effects of testosterone and androgen receptors on memory impairment caused by intracerebroventricular (ICV) injection of streptozotocin. The study was carried out on male Wistar rats. An experimental model of Alzheimer’s disease was induced by bilateral intraventricular injection of streptozotocin and was assessed two weeks after the first injection by using a passive avoidance test. In the Castration group, surgery was performed to remove the testes and a behavioral study was conducted after 4 weeks. Following the experiments, microscopic slides of different brain regions were prepared to investigate the beta amyloied plaques. The results showed that ICV injection of STZ could induce marked memory impairment (p<0.001). Also, the castrated rats’ memory decreased significantly compared to the intact and sham animals. The testosterone replacement therapy restored the castrated rats’ learning and memory up to those of the intact animals. On the other hand, drugs, such as flutamide, letrozole and tamoxifen in control rats caused significant changes in learning and memory disorders. The results showed that androgen could reduce memory impairment and decrease the beta amyloied plaques in experimental rats.